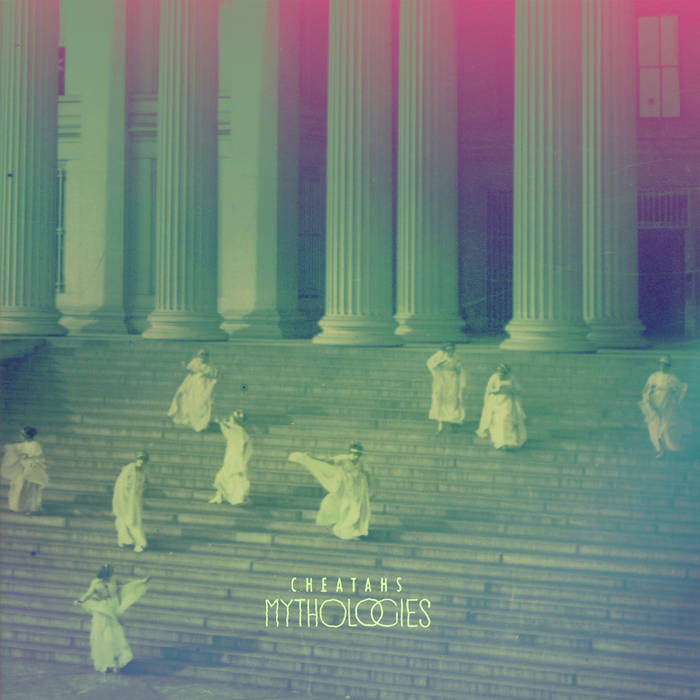 Mythologies’ takes in a vast array of influences whilst taking its name from Roland Barthes’ 1957 collection of essays on semiotics and myth. A rollercoaster of sonic thrills - the cinematic widescreen brilliance of ‘Channel View’, the motoric rhythms of ‘In Flux’, the cascading sonic beauty of ‘Freak Waves’ or the scintillating beauty of ‘Seven Sisters’ and ‘Signs To Lorelei’ before the seismic surge finale of album closers ‘Mysteci’ and ‘Reverie Bravo’, it’s a marked and ambitious departure….

As the band says: “We had no permanent base whilst making this album and creating it in so many varied locations undoubtedly influenced us in a positive sense. We felt very nomadic and the sense of freedom inspired us to experimentation.”

The newfound sense of freedom has inspired and certainly influenced the self-produced ‘Mythologies’. Recorded at various locations in London, Marc’s studio home, a monolithic high-rise next to MI5 headquarters overlooking the Thames (one floor above offices that once housed anti-terrorist units in the 60’s), a converted church in Ramsgate and the fabled environs of Chemikal Underground’s Glasgow studio Chem19.

All songs written by: Hewitt/Raue/Reid/Wignall

Bandcamp Daily  your guide to the world of Bandcamp

MF DOOM is given his flowers, plus appearances from MC Jada Imani and Stanley Ipkuss